On December 9th, forty three seniors were recognized for their superior academic performance in Computer Science & Engineering, Computer Science, and Computer Engineering.  The special event was hosted by the Department Head, Alexander Schwarzmann, who presented the awards to this distinguished group of gifted students. During the event, Professor Schwarzmann stated, “You are amongst the brightest and most accomplished undergraduate students in our department, and we recognize your hard work and we are proud of your outstanding achievements. With over 650 students in our programs one might feel lost in the crowd. I want to let you know that we do care about your success and we do take personal note when you excel in our challenging field of study.”

Awards were given as follows: 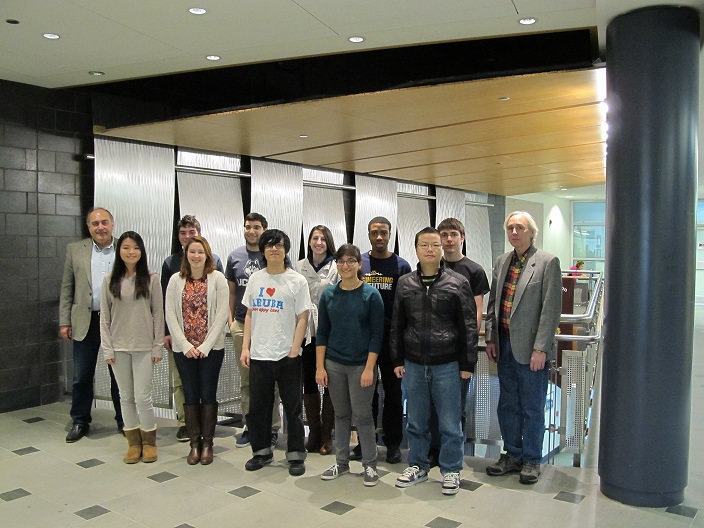