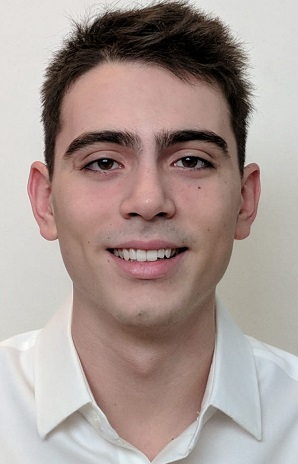 Congratulations to Berk Alpay on being named a 2020 University Scholar. One of the most challenging and prestigious programs for UConn undergraduates, the University Scholar Program allows students to design and pursue an in-depth research or creative project and to craft a learning plan that supports their interests and academic goals. Berk’s project, titled Combinatorial and Statistical Approaches for Robust Prediction of Gene Expression from Genomic Features, focuses on understanding how variation in genotype produces differences in gene expression is critical to explaining the underlying mechanisms of disease, and can be used to discover genetic risk factors. CSE Professors Derek Aguiar, Mukul Bansal and Mathematics Professor Katherine Hall serve as mentors for the project.

Berk is no stranger to major awards at UConn. He was named a 2019 Goldwater Scholar, the nation’s premier scholarship for undergraduates studying math, natural sciences, and engineering. He was also a Holster Scholar in 2018, a highly selective enrichment opportunity for first-year Honors Program students that promotes independent research during the summer following a student’s freshman year. Berk is currently on track to graduate in 2021 with a dual degree in Computer Science and Mathematics.

Building on an interest in artificial intelligence and neural networks since high school, Berk began research in bioinformatics with Professor Derek Aguiar in 2019. “Berk’s research shows that by incorporating non-linear and non-additive interactions between genomic variants, we can build better models to impute both continuous and discrete expression for many genes,” says Professor Aguiar. “His work lays a foundation for follow-up methodological or experimental research, e.g., associating changes in imputed gene expression from genome-wide association study data with disease.”